Emek Shaveh is an Israeli NGO working to defend cultural heritage rights and to protect ancient sites as public assets that belong to members of all communities, faiths and peoples. We object to the fact that the ruins of the past have become a political tool in the Israeli-Palestinian conflict and work to challenge those who use archaeological sites to dispossess disenfranchised communities. We view heritage site as resources for building bridges and strengthening bonds between peoples and cultures and believe that archaeological sites cannot constitute proof of precedence or ownership by any one nation, ethnic group or religion over a given place.

The archaeological artefact tells a complex story which is independent of religious dictates and traditions. Listening to this story and bringing it to the wider public can enrich our culture and promote values of tolerance and pluralism. We believe that the cultural wealth of this land belongs to the members of all its communities, nations and faiths. An archaeological site is comprised not only of its excavated layers, but also its present-day attributes – the people living in or near it, their culture, their daily lives and their needs.

We view the practice of archaeology as an endeavor that can benefit the common good. The various means of involving local communities in work on the site in or near which they live, whether it is managing its heritage, engaging in joint excavations, developing the site, or devising tours that combine visits to the site with an introduction to the local community — strengthen a community’s relationship to its wider environment, yield economic dividends and can bring about significant social change.

We believe that becoming familiar with the complex and diverse history revealed through archaeological research can teach us something essential about ourselves, and cultivate an appreciation of this country’s vast cultural diversity, in the past and present.

Professional and Ethical Principles that guide our work as Archaeologists and Heritage Professionals: 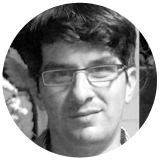 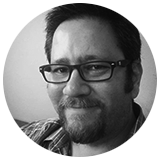 Emek Shaveh thanks the following for their generous support: